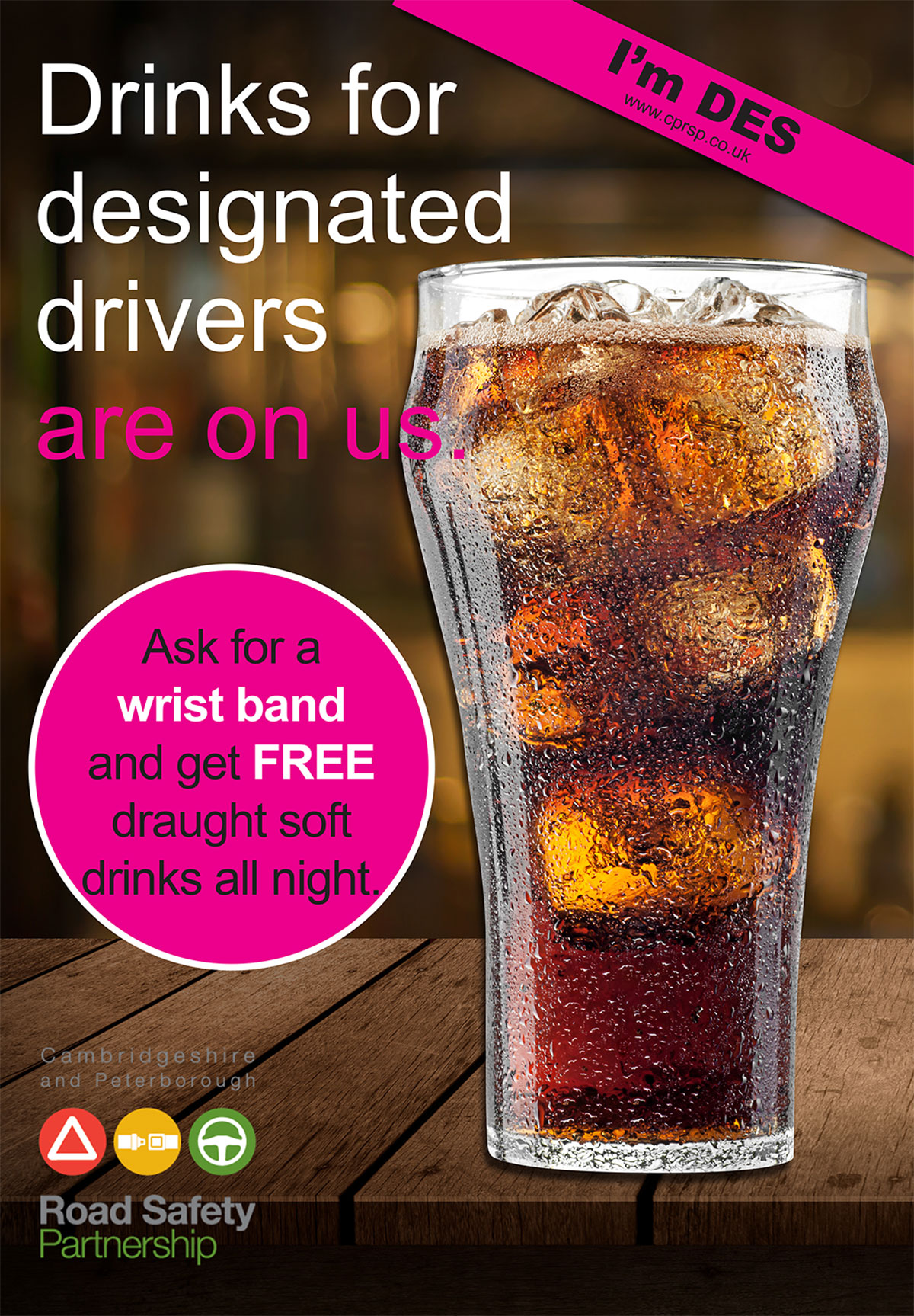 BH Digital have partnered with Cambridgeshire Police to promote their designated Driver Scheme (DES).
More than 45 pubs and venues across Cambridgeshire have signed up to support our campaign to crackdown on drink drivers this month.

As part of the campaign we’re promoting the ‘I’m DES’ scheme where participating venues give free draught soft drinks to designated drivers ?

The initiative, led by the Cambridgeshire and Peterborough Road Safety Partnership (CPRSP), will aim to reduce the number of collisions caused by drink driving during the festive period.

BH Digital have produced the printed posters and wristbands for the campaign.

A total of 46 venues have signed up to the scheme this year – more than triple the number of venues compared to last year.

To participate in the scheme, which runs throughout December, people need to let staff in participating venues know they are the designated driver and ask for an ‘I’m DES’ wristband from a member of staff.

For more information and a full list of venues taking part in the scheme, visit: http://bit.ly/35YjpaZ